Sacred Heart Parish has a history that spans three centuries. Each era has contributed to the church as it is today.

Father Elisha J Durbin was assigned to care for the Catholics of this area around 1830. His mission territory embraced what is now known as the Diocese of Owensboro. In the late 1850s most of the population was engaged in farming. The Irish came here for construction of the railroad and brought the Catholic Faith to this area. In 1859, Father Joseph DeVries was sent to take charge of the southern Kentucky missions, which included Logan County. 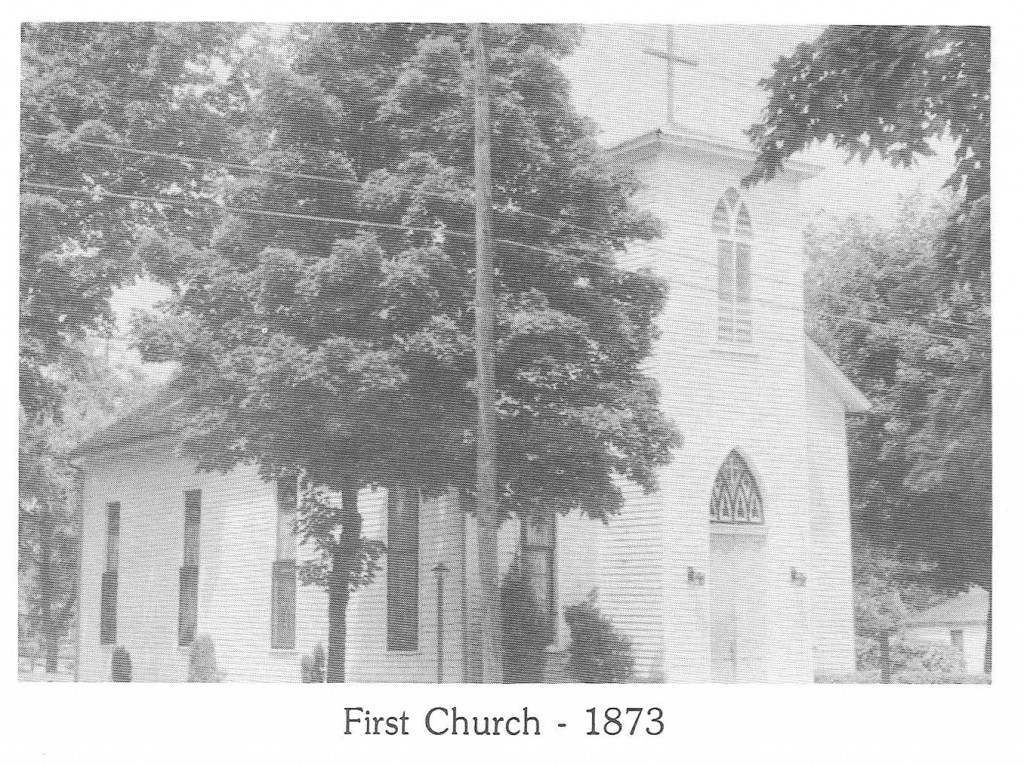 In 1868, the mission of Russellville was assigned to St Mary’s in Franklin. Mass was said in various private homes because there was no church building. As the congregation grew, it became necessary to arrange to accommodate the growing flock. In 1872 under the direction of Father Henry Mertins, a lot was purchased on the corner of Fifth and Winter Streets and construction began on a frame church building. The building, when completed, was dedicated under the title of Sacred Heart of Jesus on April 27, 1873.

The Catholic Advocate, Thursday, August 18, 1889, recorded, “At confirmation recently administered at Russellville a well instructed class of seventeen was confirmed. During High Mass, the rendering of the music by the choir was equal to anything a metropolitan church could present. The sacred edifice, which has been recently renovated internally, looked lovely, and the rectory, lately constructed by a faithful flock for a worthy and devoted pastor showed the hold Catholicity (Cathol-is-city) is taking under the guidance of God’s priest in the district.” 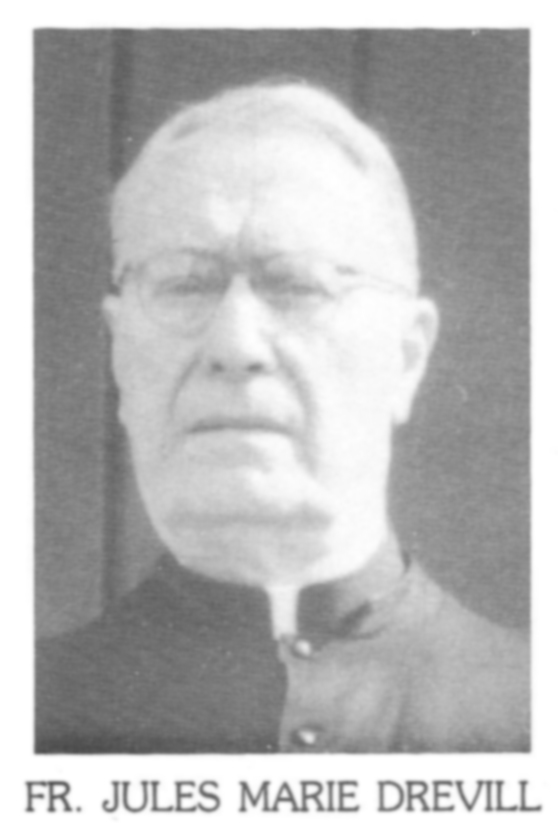 Father William Dunn Pike became the first resident pastor of Russellville in 1894. At this time, the mission of St. Mary’s in Franklin was placed under his care. He was also entrusted with missions at Hopkinsville, Guthrie, Howell, Kelly, Rockfield, and Auburn. In November 1907, Father Jules M Dreville assumed charge of Sacred Heart. He embarked upon the longest pastorate in the history of the parish, a period of nearly 20 years. He pastored some 40 families while continuing to attend to the missions, which by 1911 were reduced to Franklin and Glasgow. 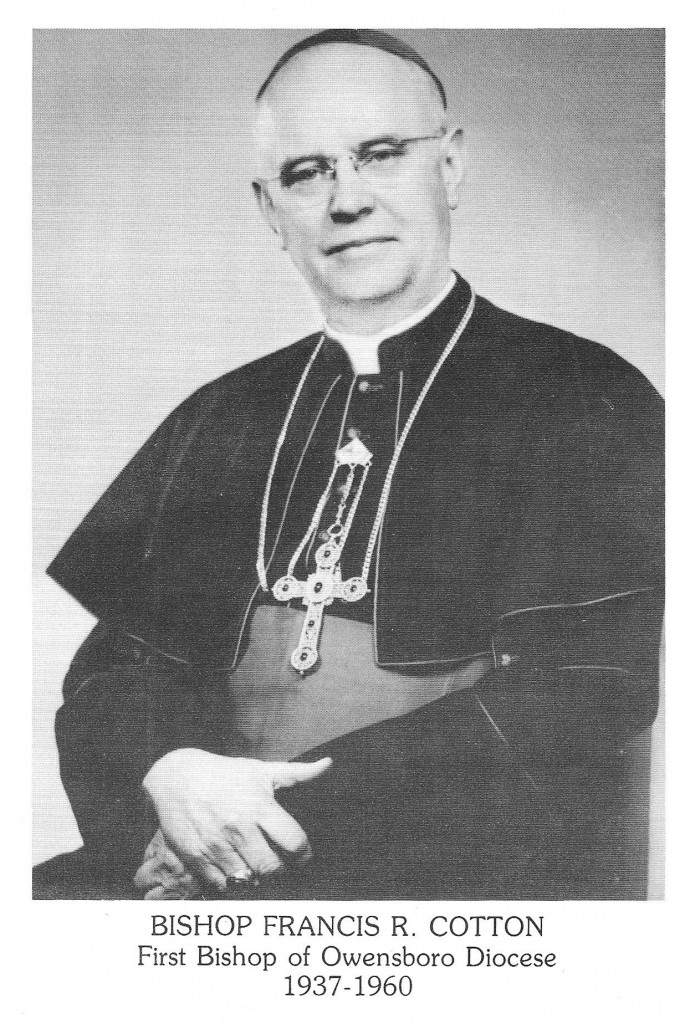 During the next forty-three years, there was a steady growth in the Catholic population in western Kentucky. This led to the erection of the Diocese of Owensboro on December 8 1937. The new diocese embraced the western 32 counties of the state of Kentucky. Francis R Cotton was named its first bishop. Father John Hallahan was the first pastor assigned to Sacred Heart by Bishop Cotton. 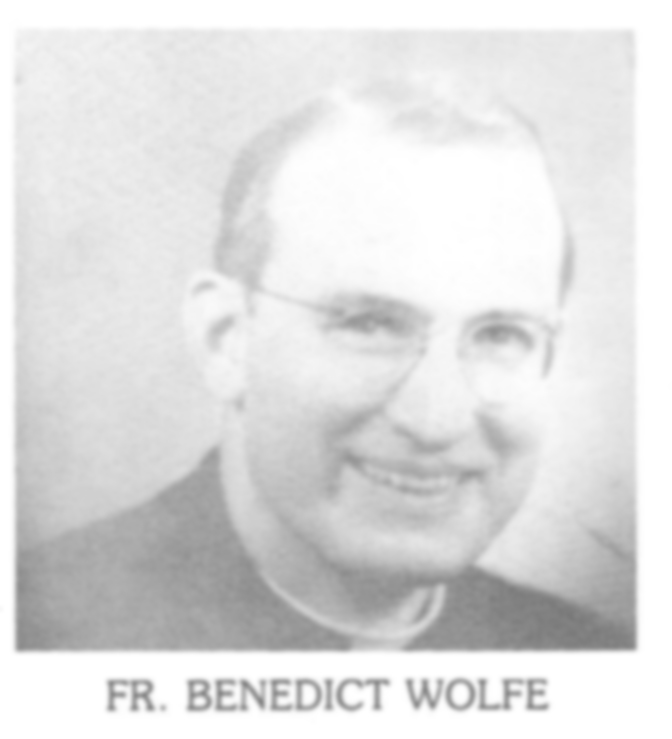 In the mid-1940s, Bishop Cotton was confronted with a priest shortage for the various parishes in the diocese. To relieve this problem he turned for help to the newly established, Home Missioners of America, more commonly known as the Glenmarys. They accepted the pastoral care of Sacred Heart and inaugurated a new era in the parish. Father Benedict Wolfe was the first Glenmary to serve as pastor. In 1947, a parochial school was opened by the Glenmary Sisters. 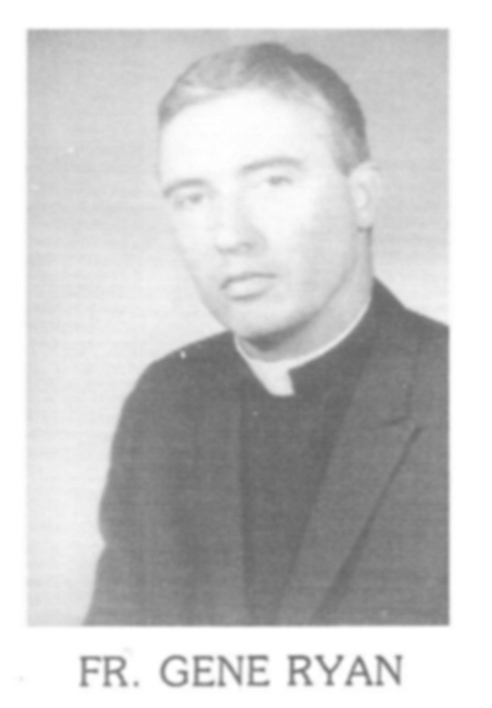 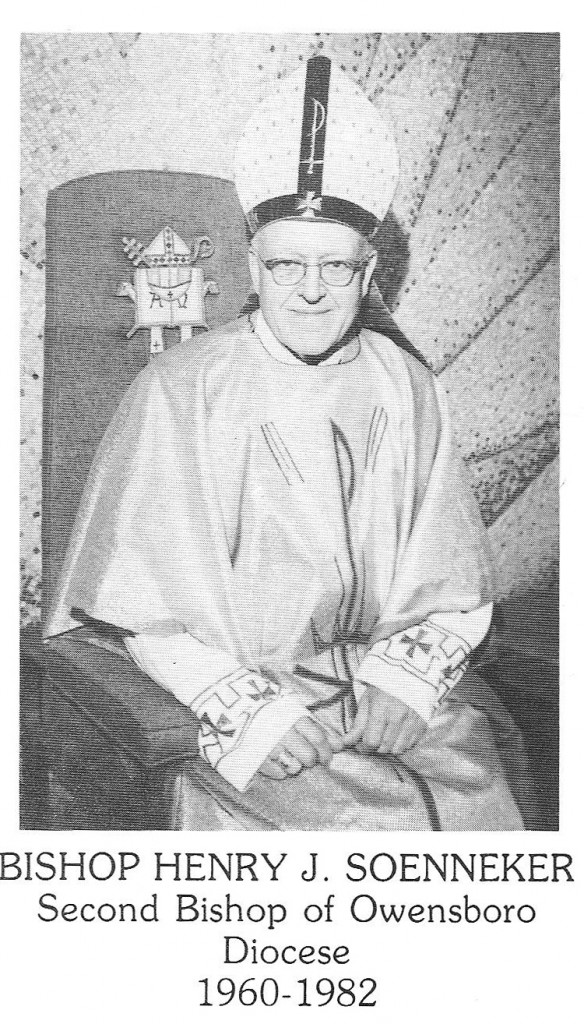 In 1962, Father Ryan began an ambitious building program. The present rectory was purchased in 1962. In January 1963, the present church and school were constructed. The church was designed in brick and stone. Its main beauty is the simplicity of its design. The church and school were blessed and dedicated on September 1, 1963 by Bishop Soenneker. At this time, the congregation consisted of approximately 400 members with 92 students in the school. In 1965 in accord with Glenmary tradition, the parish and school were turned back to the Diocese of Owensboro. The Glenmary Sisters were then succeeded in Sacred Heart school by the Ursuline Sisters of Mount St. Joseph. Following the 1972 school term, the Ursuline Sisters were recalled for reassignment. 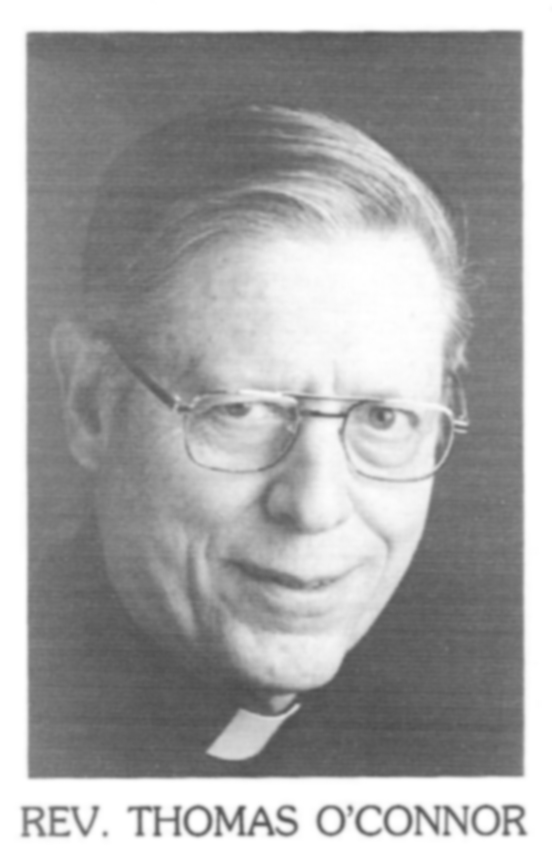 July 1976 saw the care of the parish entrusted to the Benedictine Fathers of St. Marks Priory in South Union. Father Thomas O’Connor was appointed pastor. The accomplishments of Father O’Connor were many; one of the more significant moves was to organize the Knights of Columbus at Sacred Heart Church, under the patronage of the Sacred Heart of Jesus. Knights are still an active organization in our parish. 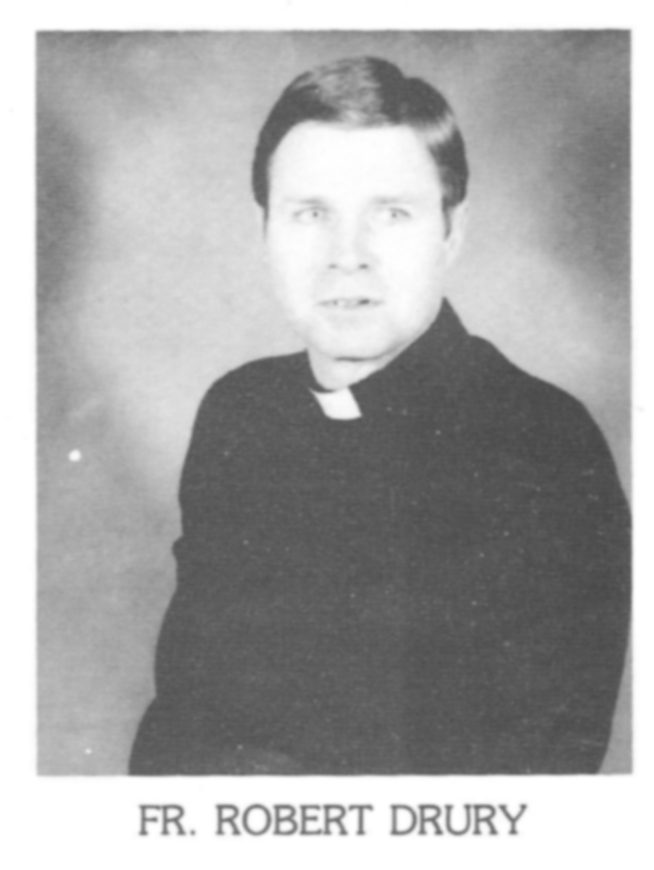 The Diocese appointed Father Robert Drury as pastor and he guided Sacred Heart through the two year Diocesan Renewal Process. During his 5-year pastorate, the parish house was redecorated and the building debt was retired. Father Drury was with Sacred Heart during the closing of Sacred Heart School. The school had been operating almost 40 years but closed because of lack of pupils and insufficient finances. 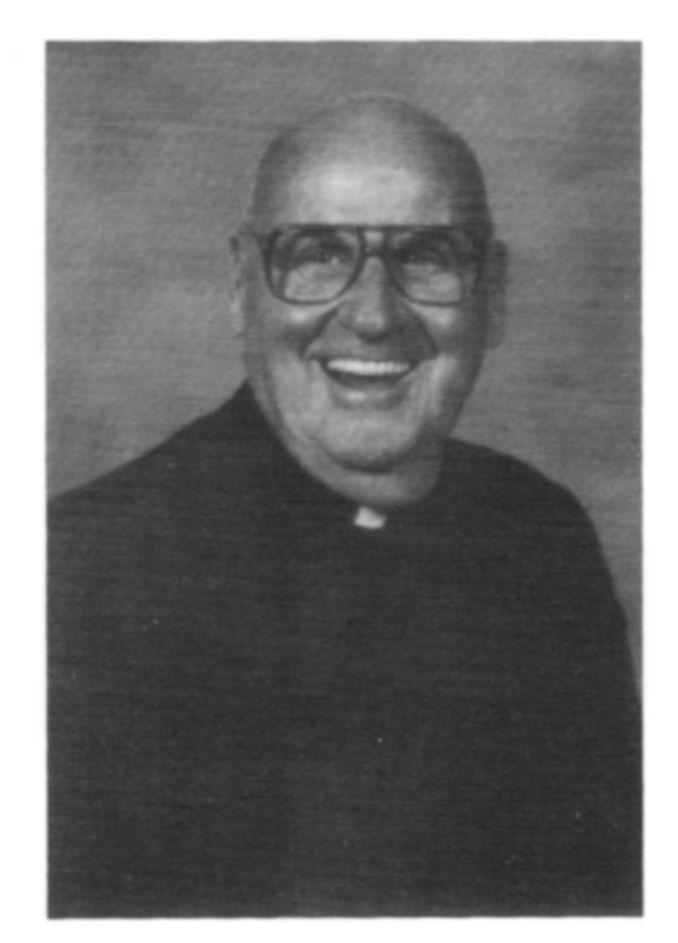 Father Walter Hancock came to Sacred Heart on June 14, 1989. Father Hancock had great enthusiasm and natural charm. Among his accomplishments, he remodeled the parish center, installed stained glass windows in the church, and added carillon (caril-on) bells. The windows and the bells were paid for by donations from parishioners. 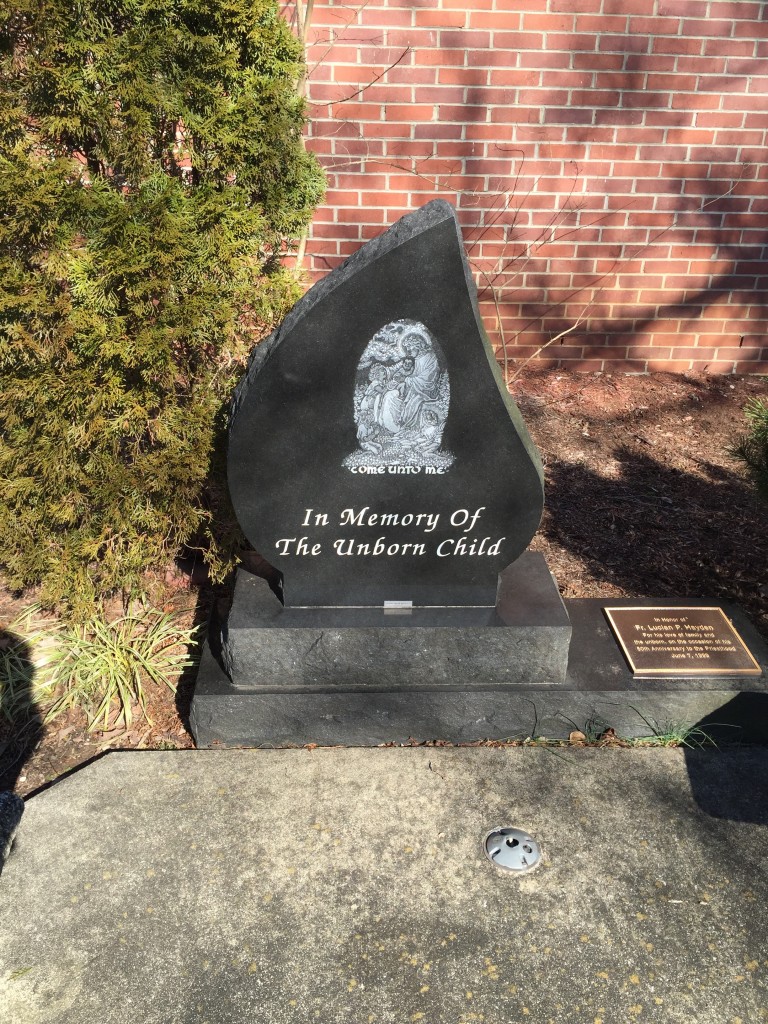 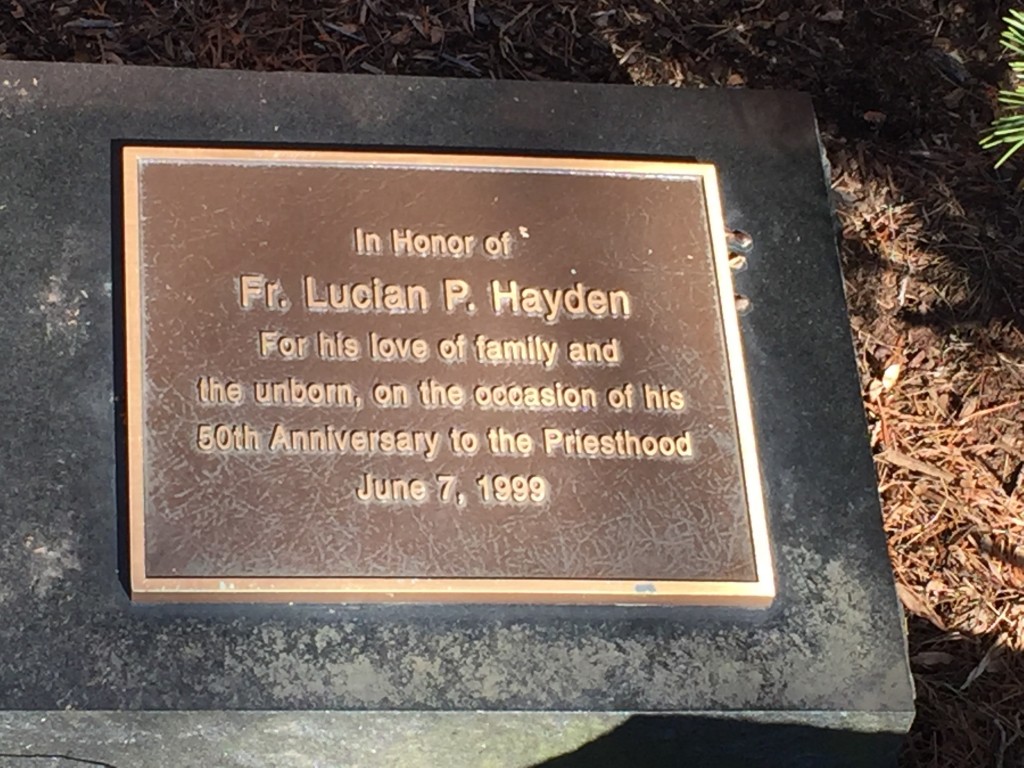 Our next pastor, Father Lucian Hayden arrived in June of 1992. He was best known for his zeal for the salvation of souls. He was the first Catholic priest to be the president of the Ministerial Association. He was also instrumental in promoting the work of the St Vincent de Paul Society. The memorial to the unborn was dedicated by Bishop McRaith in honor of Father Hayden’s love of family. 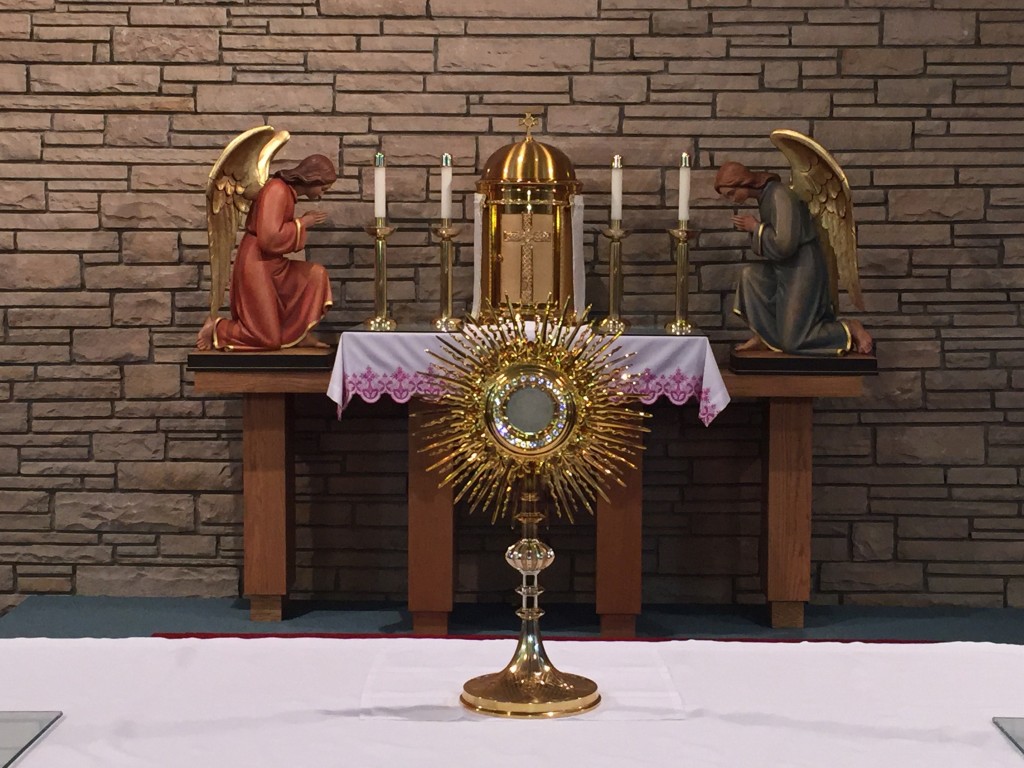 In 1999, Bishop McRaith assigned the pastoral care of Sacred Heart to the Fathers of Mercy, in South Union. Father Glenn Jarman was named as pastor. He enhanced the interior of the church by the acquisition of the hand carved angels at the Altar of Repose, new Stations of the Cross, and the refurbishing of the original Tabernacle.

Father Peter Stryker arrived in 2002 and served as pastor until 2011. The Diocese took over the pastoral care of Sacred Heart and assigned Father Masi, from the Heralds of Good News as our pastor. Although Father Masi was only here for a year, he made great strides in building our parish family and the Holy Spirit truly began to stir within our church. Father Masi was reassigned in 2012. 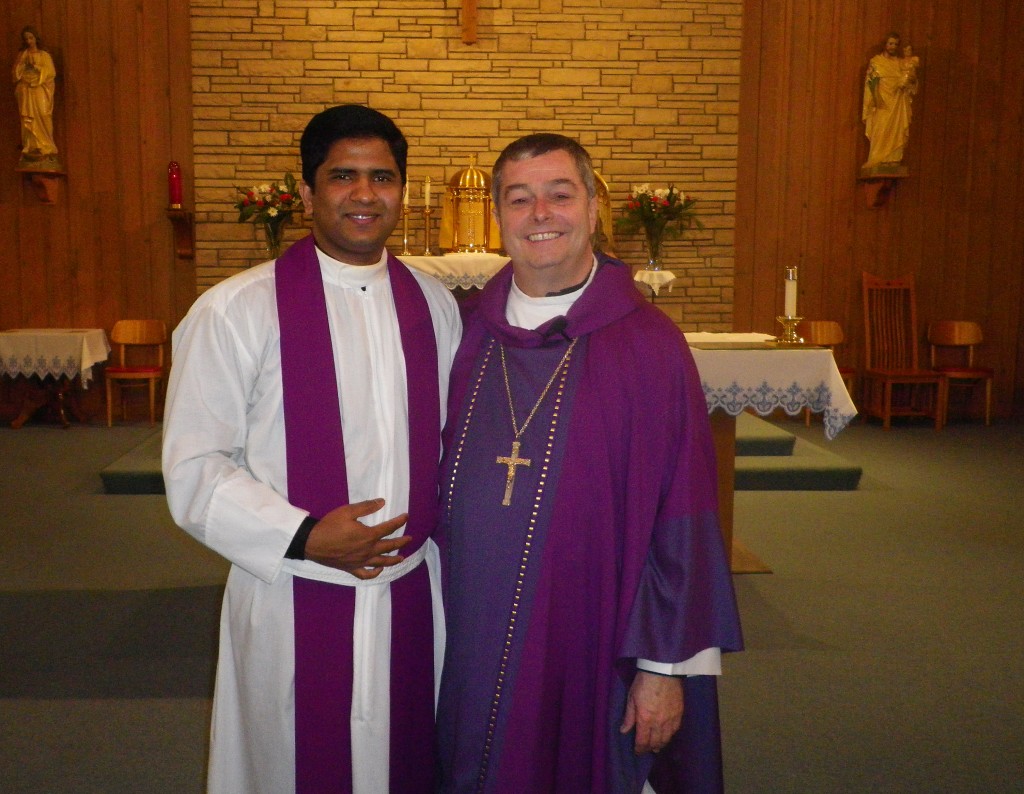 Our current priest, Father Jojy Joseph of the Heralds of Good News, began his pastorate here in June of 2012. Father Jojy is a kind soul and encourages ministries to help build the faith of our youth. He has been instrumental in helping our church be financially stable. He is a gentle man and we are truly blessed to have him as our priest. We look forward to many more years under his pastoral care and know that our parish will grow under his guidance.

SACRAMENT OF BAPTISM
Please contact the pastor for baptismal
preparation at least a month either before or after birth.

SACRAMENT OF MATRIMONY
Before setting your wedding date, please contact the pastor for at least six months of marriage preparation.

SACRAMENT OF ANOINTING
There will be a communal anointing of the sick twice a year. Please let us know about family members or friends who need to be anointed. The sacrament of Anointing is available anytime by request.

RCIA Classes begin each Fall or contact the office.

BULLETIN ANNOUNCEMENTS
All bulletin announcements must be received by Wednesday at 3:00pm in order to be included that week. Holiday schedule varies.

TRAVELERS
Are you traveling for Mass and need Church locations? Go to: www.MassTimes.org or in the USA call 410-676-6000